What major web development trends 2020 you need to consider? In a highly competitive market such as a digital one, it is important to foresee changes and learn how to adapt to them.

We have gathered the top 10 web development trends in 2020, and are now excited to share them with you. These trends are:

Without mentioning PWAs, it is impossible to talk about trends in web application development. Although Progressive Web Apps have been around for several years now, they will remain one of the hottest trends in web development in 2020. It is generally known that the faster web pages load, the higher the Google search results rank.

According to data recently revealed by Google, 53% of users leave the site if it takes more than 3 seconds to load. PWAs are the latest web apps that can overcome this. They load like regular websites while maintaining high-level application functionality. PWAs really have the power to revolutionize the experience of mobile users and change the way they do business on the web. This positive change is fuelled by the following progressive web app advantages:

SPAs are JavaScript web apps that, instead of loading individual HTML pages from the server, load markups and data to dynamically render them on a single web page. This increases performance and eliminates the need for a user to reload a page. These types of applications are accessible and avoid the waiting time for the user. Examples are Gmail, Google Maps, and Facebook.

In this regard, mention should be made of the API-first approach to web development in 2020. Web solutions need to be connectable to other apps and devices that have a lot to do with the rise of IoT. In the coming year, therefore, the development of the API must be seen not as a side project, but as a major focus of attention. API — First development means that the team first creates an interface for their application. After that, the team relies on the API developed to build the rest of the application.

Motion UI and an enhanced design

Motion User Interface is one of the most recent trends in UI development. It’s getting harder to keep users ‘ attention so that they can at least understand what your service or product is all about. So, Motion UI has become and will remain a major attention-grabber capable of satisfying the demand for interactive web design. This Saas library for creating UI transitions and animations for your web solution helps developers to animate content without a comprehensive knowledge of technologies such as JavaScript, its frameworks, and libraries. Motion UI components will enhance web application design and improve user engagement and usability.

Another trend in UI/UX design for websites and web apps is that with the rise of mobile users, responsiveness has become necessary. Besides, it’s nice to know that you are on a par with such organizations as Apple, Adobe, Stripe, Booking.com, and Adidas in terms of responsiveness.

JavaScript. JavaScript is another popular language used to develop dynamic web apps. As an interpreted scripting language, it’s traditionally used to bring interactivity to the world of web development and is one of the three technologies behind the front end of a web site or web app. However, built-in JS engines now allow JavaScript to be extended to the server (Server-Side JavaScript) to extend language capabilities as far as database access, remote web requests, and more.

The WebAssembly. WebAssembly is an open web standard that allows higher-level languages to run natively in the browser. Supported by four major browser engines: WebKit, Firefox, Chrome, and Edge, it is now paving its way out of the browser to run across different operating systems. It will soon be possible to code not only for the browser but also for Android and iOS on the WebAssembly.

Hyper Automation and the power of AI

Artificial intelligence (AI) and machine learning (ML) now lie at the core of nearly any digital transformation or technology innovation. 2020 will be a year of their prominent growth in web development as well.

Automation is big business in the world of web development, so don’t think of it as a threat to the quality of your web apps or services. It does not also mean you have to give up your craft. Automation is great because it means you can create more complex and robust web applications and services without the need for an engineer to program.

AI can automate not only the website or web app making process but the entire business. Let’s define in what ways AI can complement your web development efforts:

The future of web development seems less text and more voice. It’s not just about virtual multifunctional home assistants like Siri, Google Home, or Amazon’s Alexa. More than half of all smart and IoT devices will listen to users and execute voice-specified commands by 2020. And even more — they’ll be able to recognize different people’s voices and provide everyone with personalized AI-based experience.

Voice-activated self-standing devices and voice optimization for regular websites and apps are the latest in web development. Fortified with AI, optimizing voice search is beneficial for end-users and owners alike. Firstly, it saves time and allows a user to order more (shopping and services online). Second, it’s multitasking technology. Third, it is gaining extra loyalty from users as it helps them cope with routine. Finally, voice usage is a powerful source of analytics for user behavior.

Cryptocurrencies aren’t the latest technology in web development. The concept of them appeared in 2004, and the crypto-trading market (based on blockchain technology) explored with investments three years ago. What are we to expect in the year 2020? It is clear to many, that the official authorities could not ignore the blockchain currency trading. Within the past decade, their use became significantly active and major payment systems decided to accept Bitcoins and other currencies.

More than 34 million blockchain wallets are used worldwide in 2019. Blockchain technology also demands support for hardware and software, legal regulation, and trading infrastructure. So the emerging web technologies are likely to cover these aspects next year. Blockchain operations should be safe, guarded against hacker attacks, and tech errors. Major banks plan to develop algorithms to protect valuable user data and maintain crypto trading as safe as one with regular currency.

Peer-to-peer networking will probably develop as well. If the world of blockchain becomes more trustworthy and accessible to people, it will cause revolutionary changes in how people pay taxes, interact with government services, and build a professional relationship.

The Internet of Things (or IoT) is a network of interconnected devices that require no or almost no user-side actions to carry out operations and perform useful outcomes. In 2020, IoT development will cause some of the web development trends.

It’s predicted that around 30 billion Internet devices will be operating in 2025. We could expect that next year there will be a certain demand for solutions that could make automated IoT interactions more secure.

Another aspect that we should consider next year is the rising potential for IoT. The basic reason for the existence and development of the Internet of Things is its capacity to make daily life easier or more convenient for humans. With payment automation, smart home, and smart city technology, e-health environment development, routine tasks could generally become less overloaded. Then, we can invest in more complicated ones.

By 2020, transportation, health care, housekeeping, and marketing are likely to be major IoT niches. Changes in the IoT environment will also influence new Web design trends (UX). We should foresee the design of voice interfaces and emerging approaches to the architecture of big data.

By 2020, notifications will appear in web apps as well as in mobile apps. In addition, they will turn into one more powerful tool to attract attention from users, increase user retention rates. And even, it can provide desktop users with the type of experience they’ve only gained through mobile devices.

We could expect the adoption of push notifications by small and medium-sized enterprises next year. At the same time, instant notifications are likely to replace some types of customer communication, such as sending emails.

By 2024, the market for cybersecurity expected will be more than $300 billion. What are the latest cybersecurity Website technologies? First, we can expect algorithms to develop in 2020 which could protect users from phishing attacks. This type of cybercrime is possible with trusted websites and simulations of pages (like bank account entry). It requires users to fill out the form with security numbers or valuable data.

Developing a privacy policy like GPDR in Europe (General Data Protection Regulation) is also the latest development in web development. The document has the status of international law and puts a fine on the owner of the Internet product if they collect user data in an unsecured manner or sell or store user information without requesting permission from the user. Local US regulations such as the California Consumer Privacy Act (CCPA) will be enforced by 2020. 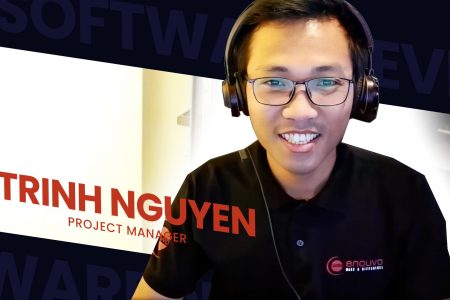 Whats you need to know about Project Manager

The Project Manager (PM) is the one who leads and ensures all works happening in the project. They not... 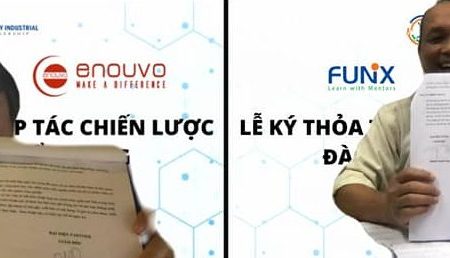 Businesses sponsor 1,000 online IT courses via a partnership with FUNiX, which is valued 30 billion VND. Learners commit to working at respective businesses to receive the funding....

Software Testing Career Path – What you need to know

What is software testing? Testing is an essential phase in any product life cycle; whether if it's a food,...